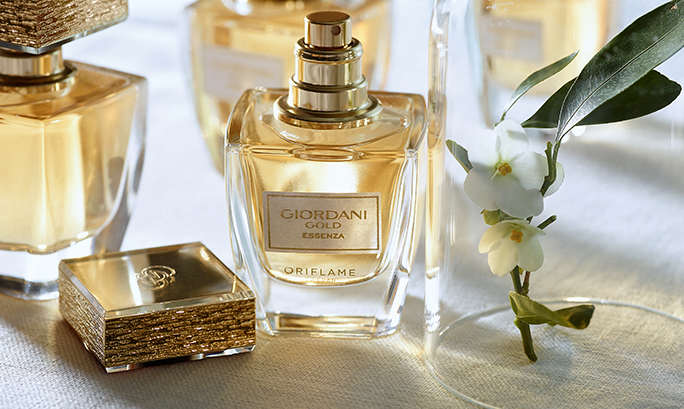 Fragrance is in Fabrice Pellegrin’s blood. He inherited this passion from his father, who was also a perfumer. He grew up in France completing his schooling at the acclaimed “House of Robertet” before joining fragrance group Mane and later HERMÈS. Pellegrin proceeded to create world famous fragrances for the likes of Thierry Mugler, Diptyque, Giorgio Armani and, of course, Oriflame.

His most recent creation is Giordani Gold Essenza, a perfume that he says, “smells like sunshine and happiness”.

"And in the development, we realised that at some point we’d managed to introduce this sublime orange blossom quality... That's the magic of perfume..”

Inspired by Italy, the fragrance captures the smell of the native orange blossom, a delicate flower with a sublime scent. But extracting the note was by no means easy:

The note was a co-extraction of the orange blossom, and its development was a long process, Pellegrin explains. Once a week, my technicians and I were in front of the machinesto set the correct temperature and pressure so we could bring out the prettiest part of the orange blossom.”

The technique that Pellegrin and his team adopted is a highly complex one; so complex in fact, that it’s normally only practiced by the highest-end perfumeries.

"This note will never be used in any other fragrance than Giordani Gold Essenza."

Creating a perfume is a lengthy process that requires craftsmanship. Perfecting the orange blossom scent alone took several months. Although the orange blossom sits at the heart of the perfume, it’s peppered with top notes of citrus, and bergamot, and pays further homage to Italy with base notes of Tuscan wood.

But, it is the discovery of the orange blossom that Pellegrin describes as  “the magic of perfume.” So magical, that this accord will only ever be used in Essenza.

The 5 Most Inspiring Women For Womens Day