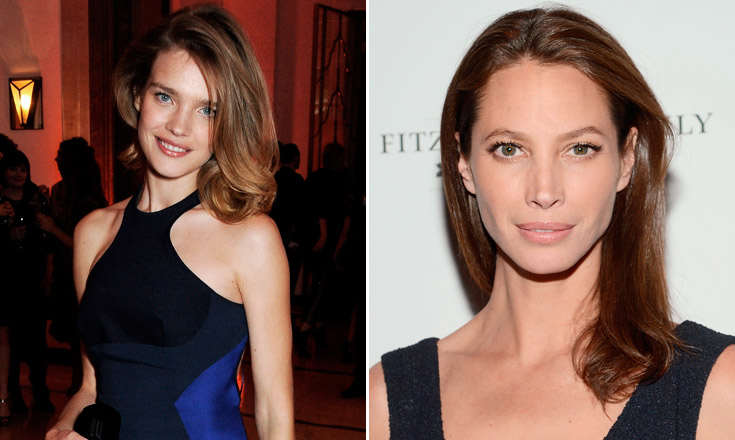 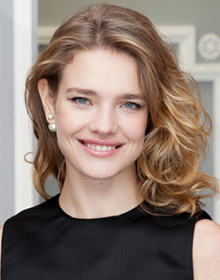 Beslan was shaken by a tragic school siege in 2004. Supermodel Natalia Vodianova was so touched, she started the Naked Heart Foundation to help traumatised children. They first built a park to give kids a place to recapture joy. Natalia has been raising funds ever since and Naked Heart opened its 100th playground in 2013. Naked Heart is also working to prevent the placement of children with disabilities in orphanages.

Get Natalia’s romantic look by blending taupe shadow from the middle of the lid to the outer corner. Apply black mascara to your lashes and finish the look with a nude lip. 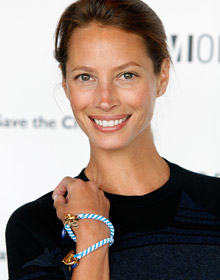 Supermodel Christy Turlington nearly bled to death during childbirth. Luckily, she had access to superb medical care and recovered. She later found out that childbirth is still the most common cause of death among women worldwide. Christy now runs Every Mother Counts and has raised funds for projects including improvement of specialist maternity care in developing countries.

Capture Christy’s radiance by smoothing lightweight tinted moisturiser over your face. Sweep bronzer along the cheekbones and top with subtle peach blush. Apply black liner at the upper lash line and black mascara. Line inside the lower lash line with black eye pencil and fill in your brows with brow shadow. Tint your lips with a hydrating lipstick in a rose beige shade.

WOMEN’S LIVES CAN BE SAVED


Good news for the world and Every Mother Counts: Swedish scientists believe we can wipe out toxaemia. They have developed a new drug that lowers blood pressure and heals damaged tissue in sheep with the condition. They will soon begin testing on mice and – if all goes well – on women, in about five years. The plan is to develop test strips so that symptoms of this serious condition can be easily and cheaply detected in time to save the lives of countless women and babies.